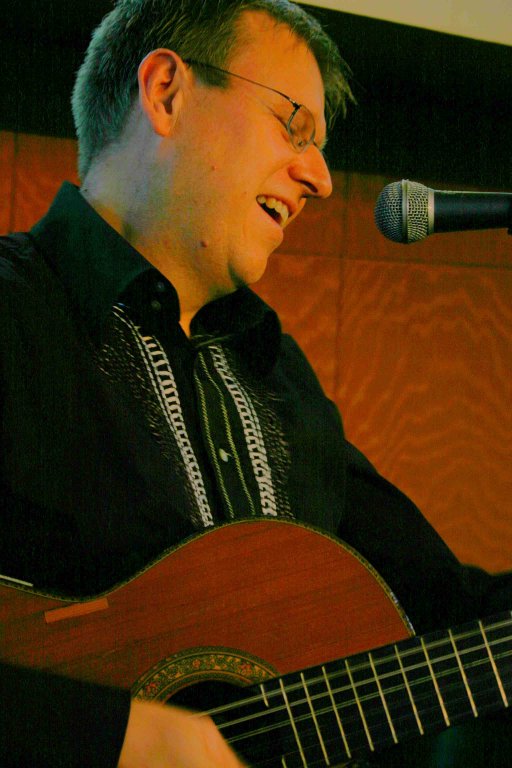 Adrian has been involved in the professional music industry in NZ and overseas for the past nineteen years. He has made a significant contribution, as a performing artist who started out playing on the North Island pub/club circuit in the 1980s until today as a sought after performing artist in NZ, Australia and Japan. He plays the most prestigious resorts and venues.

In December 2003, Adrian has added to his experience by performing for V.I.P guests at the Robbie Williams before and after party. Adrian is also working in a duo with Suzanne Lynch.

Adrians music has already found a niche in the caf society of NZ, Japan and Australia. His unique technique of playing guitar- his style of Jazz, Latin dinner music through to pumping dance music with world grooves will complete any evening. His personally designed and custom built 8 string, his nylon string acoustic, pan flutes and vocals offer a wide variety of textures and colours in musical form.