Congratulations to Homegrownmusic member, Don MacLeod and Paul Harris who co- wrote the

The Song has been adopted as the OFFICIAL SONG of the New Zealand Army. 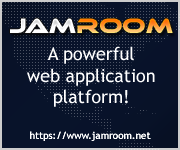