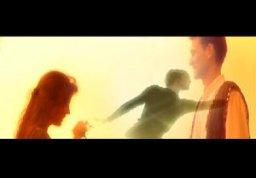 About Us Jason Slade
Jason Slade was born in Auckland to a musical family of European/Maori descent. Jason went to the Nelson School of Music and in 1996 gained his Performance Certificate. Only after four years Jason came to his first private singing lesson and soon started doing some public performances. In one year after that, Jason performed with his song Meant To Be at Good Morning Show on TV. In 2003 Jason was invited to Moscow by the ambassador of New Zealand Mr. Stuart Prior. In Russia Jason presented Maori waiata and his own compositions, singing in front of many professional musicians in the world-famous Gnesyns Music Academy. They recognized him as a singer of a great talent. Even more exiting was the reception he received at the Moscow University and at the official occasions held in the New Zealand Embassy. Impressed Russians were inviting Jason to stay there to be involved in musical projects, but he wanted his songs and gift to be firstly recognized at home. In October 2004 Jason began learning operatic tenor arias and Neapolitan songs, and same time he was writing his new pop compositions together with his vocal couch and pianist/keyboardist Lucy Vaganova. This was a beginning of his new project Love Potion. The recording process occupied couple of months at Tenvor (Laingholm) Studios, Waitakere City and at the first week of September 2005 the album Love Potion was released. His first big concert programme Love potion Jason was doing together with the dance group Zvezda. Just now Jason finished his work with the first video clip on his own song Sleeping Angel. Leonid Bondarev, one of the best dancers in New Zealand, finalist of the TV Show So You Think You Can Dance was taking part in the creation of the clip and is going to perform together with his dancing group at Jasons new show Illusions.
Influences:
Luciano Pavarotti, St. Wonder, Usher...