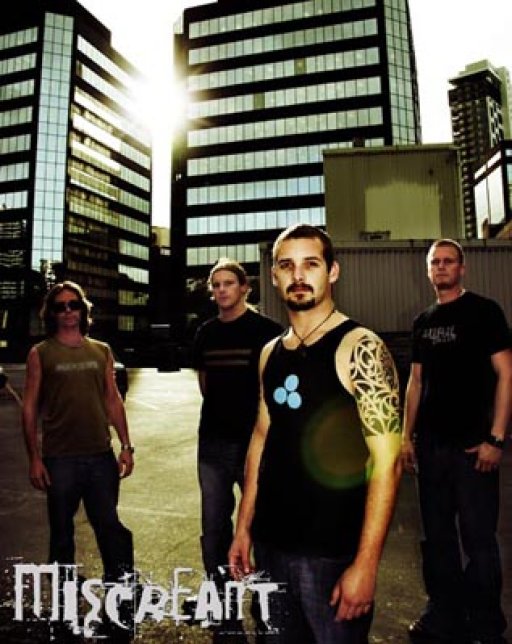 Miscreant is a four piece rock band that formed in 2004 based in Auckland, New Zealand. After spending 6 months sweating it out in Studio 203 with acclaimed producer
Andrew Buckton, Miscreant are now gearing up to rock
the New Zealand music scene with the release of their Debut Album 'Complicated Characters' due out in mid 2008.

Miscreant have had two singles enjoying air time on a number of radio stations, including New Zealands own 'The Rock FM' & more recently 'The Edge' with a video single 'Hey Mister' featuring on NZ music channels such as Alt TV and Juice.

Miscreant are currently in the process of filming their second music
video for their next single titled "Fight for me" which will be out in the very near future. This will be followed up by the release of their highly anticipated 14 track debut album 'Complicated Characters'.

Throughout their time, Miscreant have played at just about every gutter, bar and dingy lounge in and around Auckland to fine tune their rock and have evolved into one of the countries finest up and coming rock bands. The boys plan on taking their rock out and about this year with a heap of shows in support of their debut album, so stay tuned.

Watch this space for regular updates on gigs, reviews and news, its gonna get exciting!