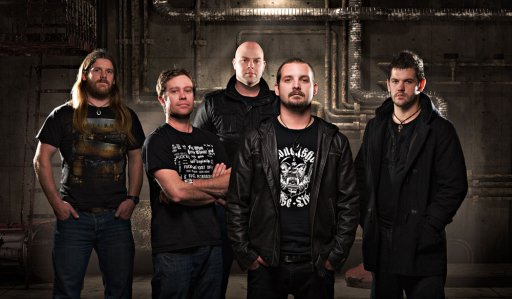 From the ashes of two prominent NZ rock acts, Shelter has emerged and are already beginning to make waves in the NZ music scene.

It was near the beginning of 2010 following the demise of premier Rock act Miscreant, that vocalist Chris Brebner found himself yearning for another musical creative outlet. After writing some solo material, Brebner contacted Damian Hilt & Alan Treanor, both previous members of Miscreant to gauge their interest in trying something stylistically different from their earlier collaborations. With all three in agreement to press forward on a new musical venture, the word was put out for a talented guitarist to join them on their endeavors. Joe Ravenhall answered the call and quickly added a new dimension to the group. With the final addition of Nathan Cooper on keys, Shelter had found their exciting new sound and were ready to head into the studio.

Shelter entered New Zealand’s premier recording facility York Street Studios and produced two tracks combining the purest elements of modern rock with intricate melodies to introduce the world to their infectious new sound. They followed this up by heading to Studio 203 with Premier music producer Andrew Buckton which has seen Shelter create their finest work yet, Blacklight Friday. This latest single received nationwide airplay & topped the charts on listener voted internet radio website Jango. Shelter is currently recording their self produced debut EP which should be due for release late 2012.