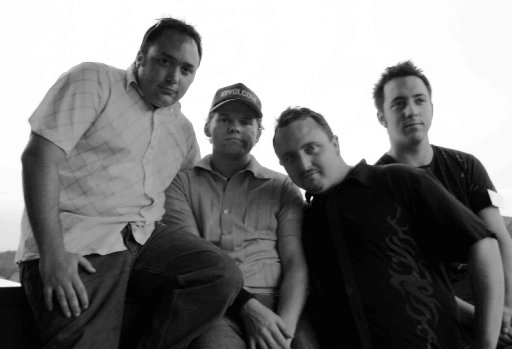 The band began in Easter, April 2002 in Pukehina. Since then the band has had many accomplishments including: playing at the Lakeside Concert in Feburary 2003 at Rotorua, playing on the Good Morning Show in April and September 2003, winning the South Auckland regional final of the Battle Of The Bands and Josh taking out the Best Vocalist Award at the Battle Of The Bands National Final in September 2003.  The band has also played at the Rotorua Mardi Gras Festival on December 31st, 2003 in front of roughly twenty thousand people. The band recorded two singles in 2004 and released the first 'Over You' in January 2005 and the second in August 2005. Many thanks to Juice TV for their support of these singles.

But unfortunately the band has decided to finish up, the final gig was on December 2nd 2005. It's been a great ride over the past 4 years, and has had many unforgetable moments! We thank all the people that have supported us during this time. Chow from 4E!!!

All the members of '4Eulogi' are now in a cover band called 'Gin Palace'.    Check out the 'Gin Palace' page on this website.