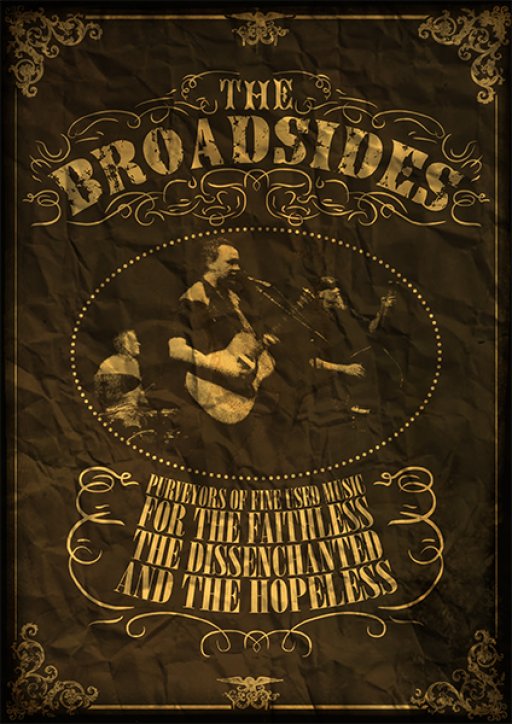 About Us The Broadsides

With a handful of songs and a drive to play music, Al set out to assemble a group of like-minded musicians. Over a couple of cups of coffee ,a drummer and bass-player was added to the scheme of things.

Since, then the boys are working their tushies off to offer up to their audiences a unique brew of finely distilled Americana, but of the Gothic variety. Catergorizing The Broadsides would be dangerous, as elements of Americana, Rockabilly, Swamp blues, Punk, Polka and Bluegrass litters their porch.

The Broadsides have an arsenal of finely crafted original songs and have contributed a composition towards a local film production, with the intention of releasing their a full-length album recording.